I Fought The Law and the Law Won 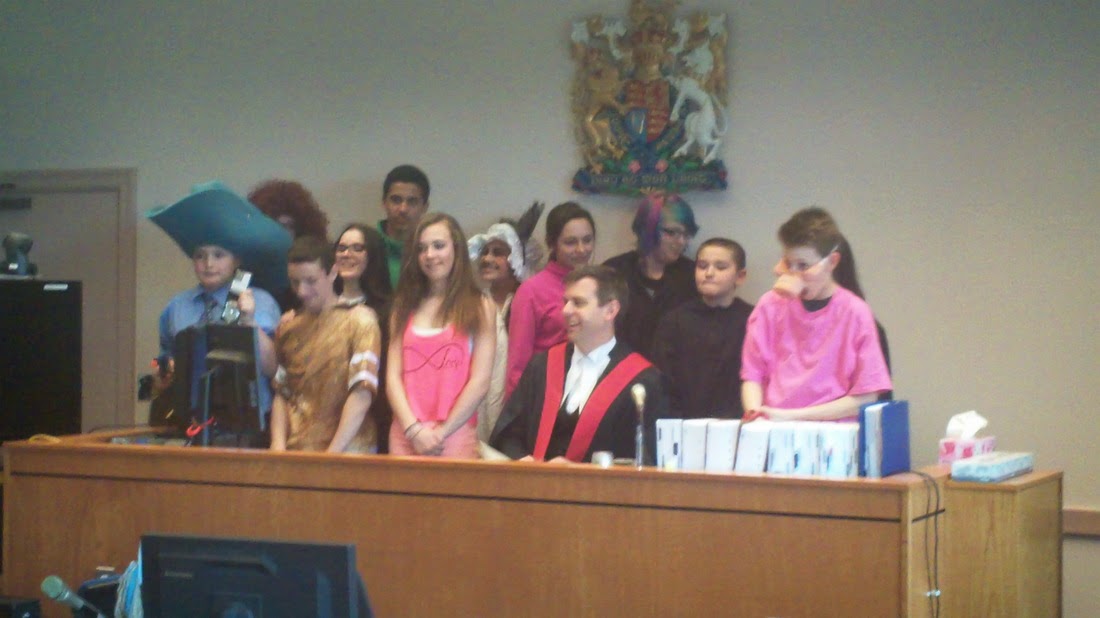 Often with teaching, there are great opportunities available to partner up with community groups who love to work with schools. However, with the busy schedules that we have, it can be difficult to search out community partners and take advantage of rich opportunities.
The Law society of BC loves schools! They even have a dedicated employee who works with interested schools to do tours of the courthouse, meet sheriffs, do mock trials etc.
Last friday, my social studies class along with some grade 7 classes attended the Penticton Court House for the trial of the century. Students were going to put the Big Bad Wolf on Trial for mischief, break and enter and willful damage to property. The Law Society has a scripted trial for the three little pigs that includes witnesses, sheriffs, jurors etc. Thus, students each receive a role and lawyers from town assist students with the entire process - for free! And they even provide costumes!  In this mock trial, all we had to do was distribute scripts in advance and then get a bus to the courthouse. They even fed us a free lunch. Students were given a tour of the courthouse, a tour of the courthouse cellblocks, they met with sheriffs and lawyers and then got to go to a real courtroom for an official trial. 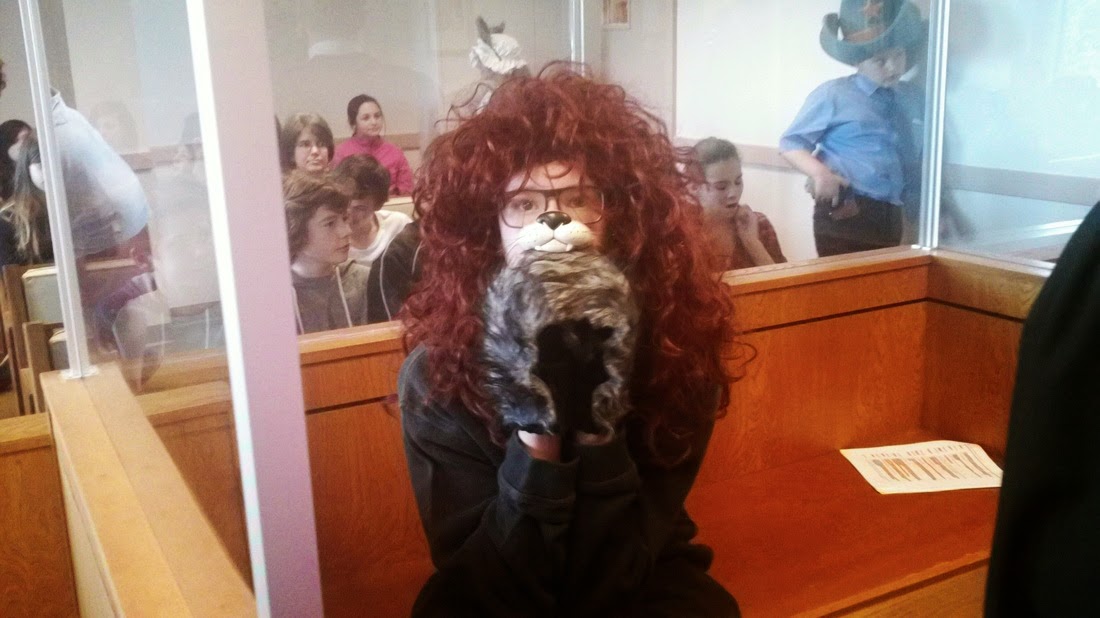 This activity is available to any grade level as well. Earlier in the day, Mr. Robinson from PMSS had been on scene with his law 12 class, re-enacting a trial where Luke Skywalker was being charged with murder for his role in exploding the death star. Unfortunately, Skywalker was found guilty on all counts.  The Big Bad Wolf was acquitted of most charges, on a medical exemption due to his unfortunate case of hay-fever which had resulted in an accidental destruction of houses deemed not up to building codes.
Interestingly, the jury deliberated for 20 minutes. When teachers went into the jury room to determine why students were taking so long (the high school class took 5 minutes), the students were enthusiastically debating over the facts in the case and making supporting counter-arguments to each other. They eventually re-entered the courtroom as a hung jury. The judge was shocked and explained that the script did not account for that. The jury Forman then asked if the jury could re-deliberate. They did and eventually came back with a verdict. Students were abuzz during the entire process and enjoyed a task situation where they got to engage in a real process that many had seen on TV.
Field trips are something almost every student loves and they are sometimes easily available when we reach out to community partners like the courthouse. Imagine all of the other easily accessible opportunities for taking students outside of our four walls such as the courthouse, Police Station, Fire Hall, Eldercare centres, Elementary school, farms and factories. The list is extensive and so is the potential for rich learning experiences for our students. 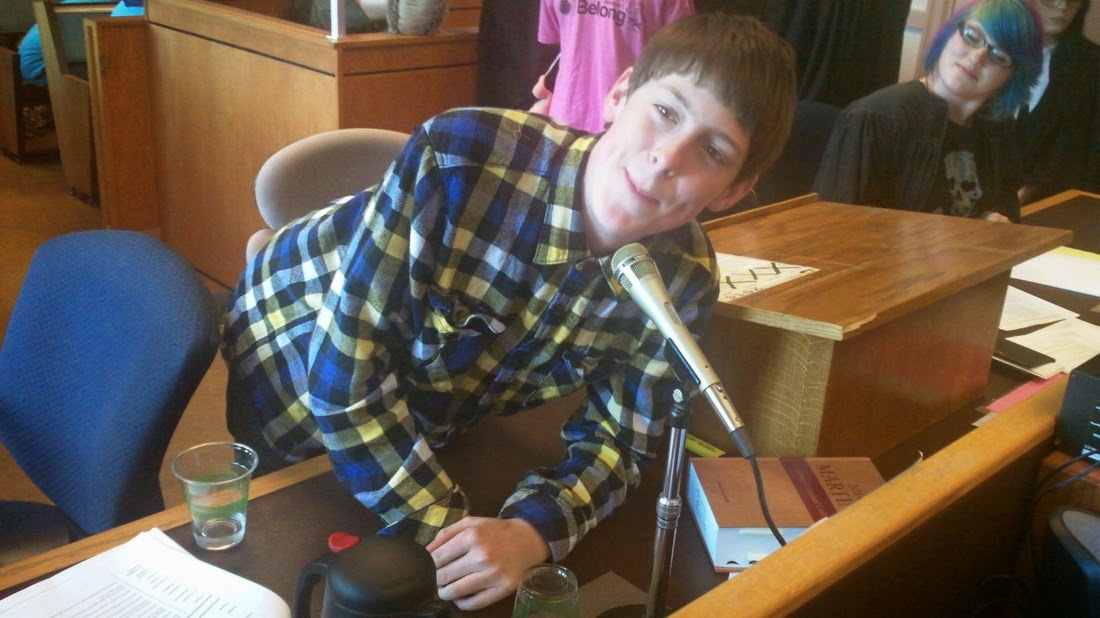 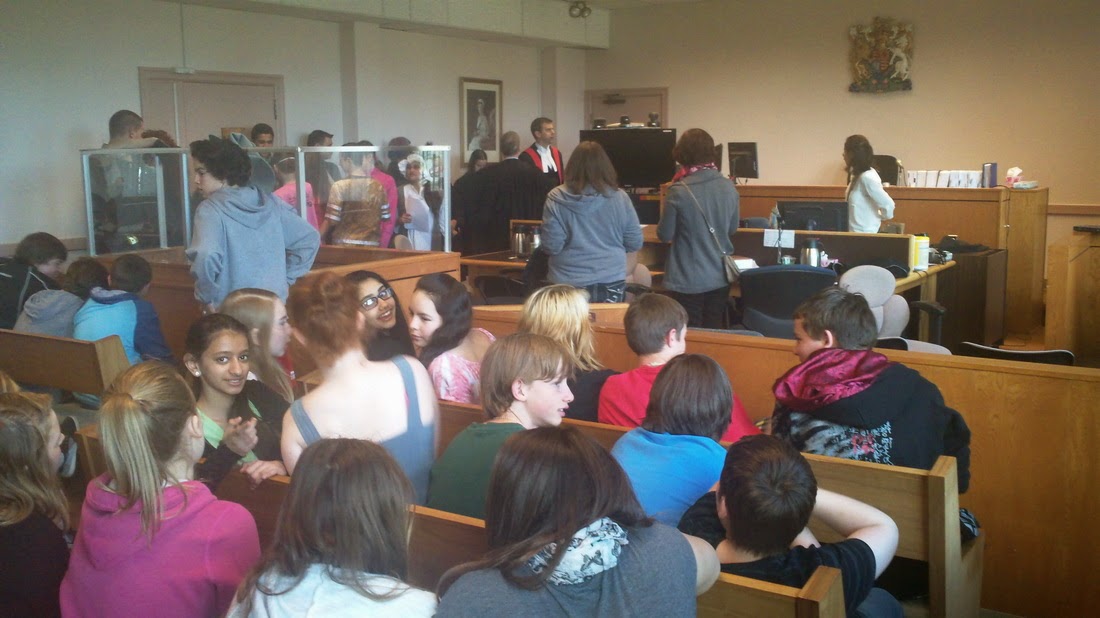 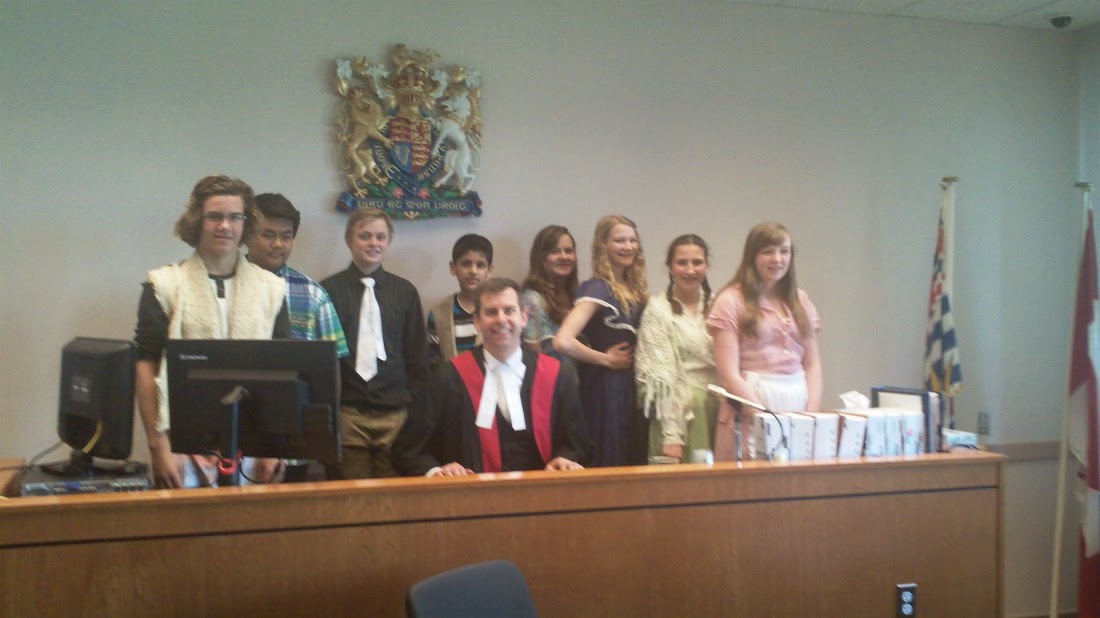 Post courtesy of Louise Ganton
Posted by Different Lens at 18:09